Making it – Mentally and Physically 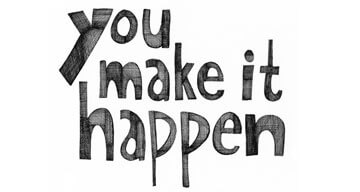 Well, this has been a crazy week for the little peanut and I! We got booted from a show, had to enter a new show, and learned some new moves that will move us up to first level. By Wednesday, I was really starting to feel it. Not just physically, but more mentally. The little peanut is super, super smart and picks up on things very fast which is very helpful to someone like me who has only been at this whole dressage thing for less than a year. As we’re wrapping up this show season and looking towards the next, it’s time to start thinking about moving up a level, which is really scary but also a new challenge so I’m on board with it (can’t really be off board with it or else I wouldn’t be riding any longer). Anyway, leg yields and lead changes through X with 3-4 trotting steps at X (can’t remember what they call that). On Wednesday, while I was warming up, we worked on the lead changes and she seemed to pick it up pretty well. The only problem I was having was that I was moving too much in my seat and couldn’t get grounded enough which was definitely throwing her off. When I’m cantering, whichever way we’re going, I always seem to “stand” the opposite direction to balance myself out. Now, I can only really do that when we’re going off the right lead, because I only have my left leg. And yes, I know, I shouldn’t be doing this, but it’s my instinct and it’s just what I gravitate towards doing. When we’re going clockwise (off the left lead), I can feel my stump almost pushing me up on the right side, which is ridiculous! It’s so hard for me to just sit and be there, I always feel like I’m falling to one side and need to counteract it in some way. Because I do this when we’re cantering for extended periods of time, you can imagine that switching leads over X is really starting to screw with me. When changing leads, I over exaggerate the cue and always find myself slipping one way or another, which definitely does not help the little peanut in trying to figure out what I’m asking her to do! So, not only am I confusing her, I’m confusing myself as well! The other movement we’ve been working on this week has been leg yields, and that has been challenging more mentally than physically! You have to wrap your mind around keeping the horse straight but also moving to the side. I didn’t get it the first few times, and even when I got the concept, I couldn’t make her do it (not because she didn’t want to, she just didn’t get what I was asking, and I also didn’t understand what I was asking!) We got it down a lot easier on the right (so going to the left), where I’m missing my leg vs on the side where I do have my leg. Strange, I know! The first problem we encountered after I got the concept, was slowing down enough to where we could actually perform the movement. Getting the little peanut to half halt is a task all in itself without her stopping all the way, and when I slow her down, it’s usually because we start cantering. After being able to slow down enough, then you have to think about staying straight, but shifting your weight to either butt cheek bone (depending on which way you’re trying to go), and at the same time, using your hands and leg(s) to push her over the other side! Holy guacamole! Trying to sit on my individual butt bones and remain straight is one of the hardest things for me, that’s why when I ask for a canter or a lead change through X I’m all over the place in my seat! While we’re just learning how to do this, I’m trying to focus more on where my hands are and what they’re doing and where my butt bone is, keeping super straight is not my biggest goal at this stage of the learning process. After a good 15-20 minutes we finally got to the point where we could almost fully do it on our own. We couldn’t get all the way to the rail, and it definitely did not look pretty (at least from my view, can’t imagine what other people were looking at). But, we still have time to perfect this movement and the rest of the movements that come with the upper levels of dressage. As well with this week, we got booted from a show! How rude! Well, we entered late and there wasn’t enough room, so what are you going to do?? We just entered our last show to qualify for finals and let me tell you, I’m freaking out a little. I know that we are doing the most basic tests but it’s still important as hopefully this next year I start going to international and national competitions (crazy though right?). So, it’s all these things happening and they all seem to be happening at once and my little brain is just getting fried a little trying to figure out how this is all going to work out. All I can say to that is just take it one day at a time and everything happens for a reason!! God, I feel like I can’t stress that enough. If you are meant to be doing something, there is always a way that it will happen and work out. It’s ok to worry, and think about the what if’s. At the end of the day though, all you can do is work hard and look to the future and what it holds for you and hope that you’re doing everything you can to help your future become a reality.