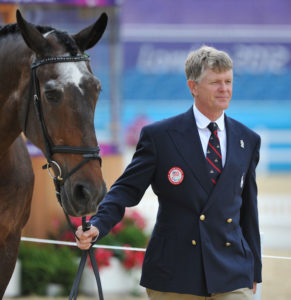 Appointed as Head Trainer for Prairie Lane Farm in 2010, Nicole began riding at age 5 in Pittsburgh, Pa., first showing in competition at age 7. She has shown successfully ponies, children hunters, juniors, then regular working hunters on the ‘A’ circuit by the age of 14.

While continuing her education at Stoneleigh Burnham School in Greenfield, Massachusetts she was schooled by John Manning, Patty Redding and Mina Payne and successfully completed her junior hunters and Medal McClay. She was captain of the jumper team as well as the interscholastic riding team. Later, she earned her Associates Degree at Southern Seminary Jr. College while competing under Russ Wathers and J.T. Tallon on the intercollegiate riding team.

Success has followed Nicole from the East coast to the mid West while teaching hunter jumpers and equitation, but, found a special love for dressage while in St. Louis. She has shown with success from Intro Level through Prix St. George and qualified for the mid West regional in the 90’s. Nicole has created and managed successful lesson programs from beginner level to advanced in both hunter jumper and dressage.