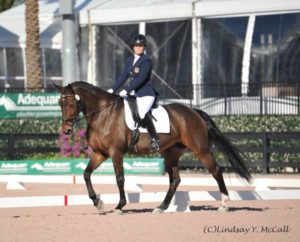 Well, the Lil Peanut (NTEC Daytona Beach) and I had another show this weekend and it went pretty well… kind of! I wasn’t able to be there Friday because of work, but the people who did ride her for me said she was super relaxed, which she usually is! I have this problem, where my seat is too hot. I make all the horses crazy! I have no idea why I make horses nervous, but it’s a thing! Saturday, we warmed up and had a little hiccup, and she just felt very energetic and ready to go, which I’m not comfortable with, which then made her feel even more nervous and so on a so forth, so we constantly feed off of each other and exchange all of our nervous energy. Our first test was the more difficult one, Training 3 (which isn’t that difficult, just difficult for me cause I suck). It was during the cantering and 20m circle that Daytona realized she was done with me, and in the corner right next to the judges, she threw me off. Now, here’s the thing. No one ever wants to talk about this kind of stuff. No one wants to tell everyone that their horse was bad, or in a mood, or threw them off and etc. Everyone wants to make everyone else think that their horse is the most perfect being in the whole entire world. But, they’re not! They’re animals with thoughts, feelings and opinions about everything! I’ve been told a handful of times, that with social media and my accounts, I have to be careful about how I talk about the horses I ride. We don’t want anyone to think that this majestic, unicorn of an animal could ever do anything to us, but in reality, it’s a long fall when you’re coming off of one of those things. When I’m talking about the horse I’m riding, yes, obviously I want everyday to be the best day with her, but she’s very smart and when she’s done, she’s done and that’s ok (to an extent, if your horse is constantly throwing you off I would seek out a trainer). Anyways back to the main story, she threw me off and it was really embarrassing. The judge came down to see if I was ok, a girl from my barn came and got Daytona (which thank goodness she just stood there cause we had quite a few run away horses at this show), and a really nice lady gave me a ride back to our spot (since I didn’t have my leg). After crying a little bit, I realized that I was eliminated from that test! How awful! I’ve never been eliminated from anything before, and my chances to qualify for championships were getting slimmer and slimmer. After lunging her and getting all her extra energy out, we were ready for our next test (intro B), and we rocked the mothertrucker. We got a 69.8% which is our highest score together as a horse and rider combination! It was a nice turn around from the morning ride and at least we qualified for the smaller championships with the intro test! Day two, we started with the intro test and scored a 66% and I was a-ok with that! The last ride of the day was the training 3 test, and it was a really good ride! She spooked at something as we were headed down centerline (after we already saluted), and I think it was because we took one step too far towards C. But after looking at the video, I don’t entirely agree. ANYWAYS, after she spooked, I had to fix my leg strap and they let me continue. The ride overall was very smooth and she was very responsive except in our right 20m circle because I failed geometry in high school and am forever screwed, but otherwise, a very nice ride. We got a 58%! What the heck! It’s frustrating when you think you’re doing really well and feel really good and you get a score like that to slap you in the face! Regardless, we did not qualify for the championships with that test, which I’m pretty relieved about, in all honesty. I think deep down inside, I never wanted to and I think this just helps give me a perspective about what I can and can’t do when it comes to riding. I’m very comfortable with walking and trotting, and it shows in my scores. Cantering and all that fun stuff is just not my forte right now, and who knows if it ever will be right? I can do it, easily, but from a competitive stand point I just don’t cut it, and I’m ok with it! I think now moving forward with WEG coming up where I’ll get reclassified, it’s so vital that I get graded a grade 3 so I can be at my most competitive and perform my best! But until then, we’ll just roll with the punches and get ready for championships!